I've just finished painted what might be my first of 3 dakkajets for my Waaagh Wazdakka. The kit was great to assemble, there's loads of options for different panels and gubbinz, you also get left with loads of gubbinz to use on your other ork vehicles. The painting for this was relatively easy, I'm lazy so I'm not going to make it the Mona Lisa of ork vehicles. I have to admit that I actually used a brush normally used for painting walls. It did make the job pretty quick though. 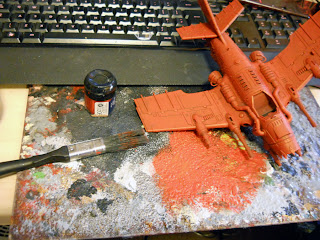 The method I used for the red was nice and easy with a big brush. I undercoated it with red oxide primer. Then slapped a load of blood red on with the big brush, I let all the deep recesses stay as the red primer, it added shading. I then covered the whole thing in my custom mixed brown wash made from roughly 1 part brown dipping paint, 1 part water and 1 part acrylic mat medium to make it not glossy as washes sometimes go. I then just dry brushed the whole thing with blood red a couple of times. 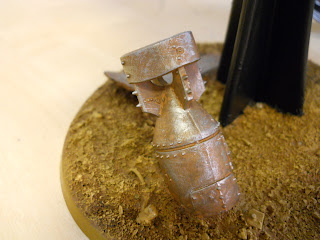 I experimented with a way of painting rusty metal on the base. I first painted scorched brown, then a wash of watered down macharius orange, followed by a dry brushing of boltgun metal and finally mithril silver. I'm really pleased with the results. 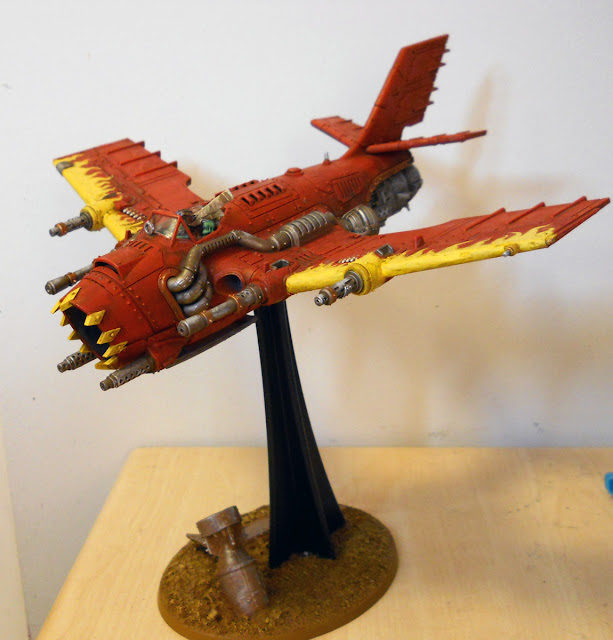 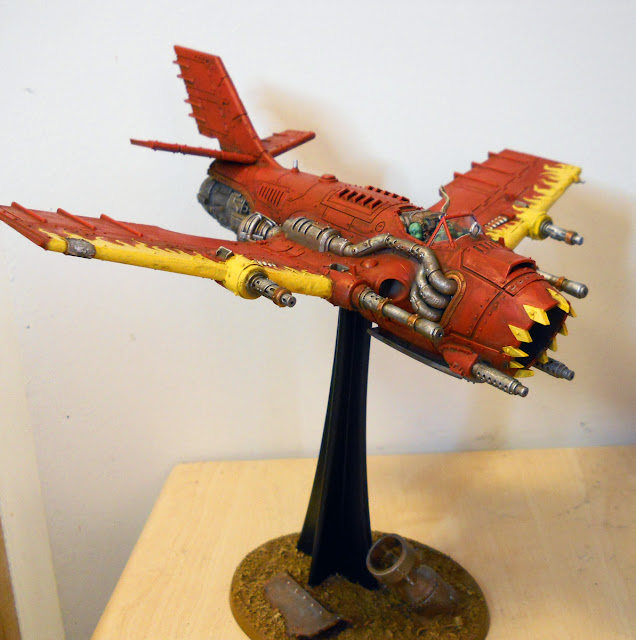 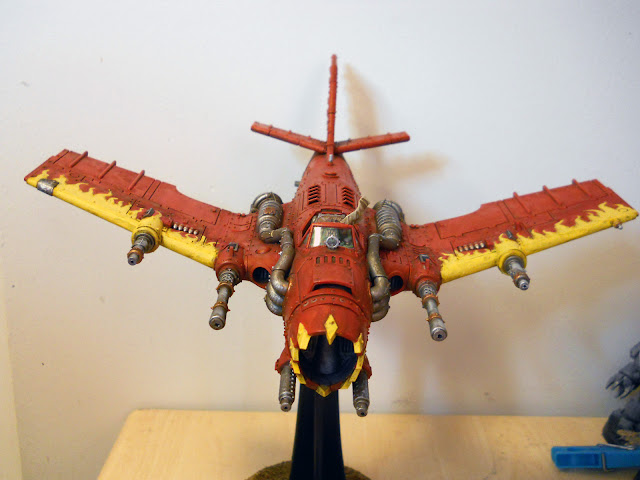 If I do decide to make more I have an idea. I play to buy one kit and make to planes out of it by plasticarding the rest of the models. That way I'll get unique models. I hate using ork vehicles that look the same, its just un-orky, everything is meant to be bodged together and not mass produced. I might still decide to upgrade this one with scratches and rust spots but I quite like it as is at the moment.